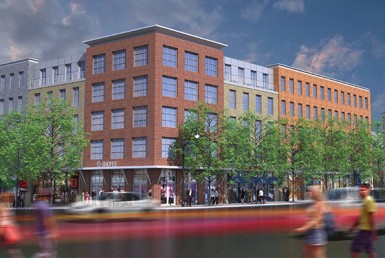 $17,500,000 bridge loan secured by a first mortgage on 12.6 acres of developable land known as District 95/7 located in South Norwalk, Connecticut. The borrower purchased 9.12 acres in July 2005 for $26.97 million and continued to assemble the site to its current size until July 2006 for a total purchase price of $32.5 million. In 2008, the master site plan was approved for a 1.144 million square feet mixed-use development, including 605,000 square feet of office, 125,000 square feet of retail, a 150-key hotel, 300 residential units and 2,500 parking spaces. The project stalled in 2009 as the Recession took hold and the prospects of development were no longer viable given the high percentage of office density. Prior to Edgewood’s loan, the property went into default. Edgewood’s loan was used to purchase the defaulted note on the property at a discount and fund the remaining site, infrastructure, and environmental costs.