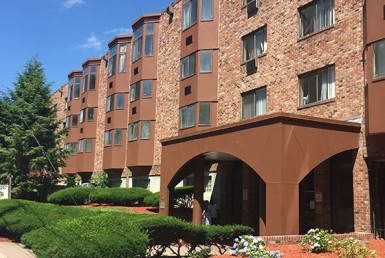 $5,085,500 bridge loan secured by a first mortgage on 132 condominium units of a 133-unit class C apartment complex known as Willard Square Apartments located in Hartford, Connecticut. The building consists of a 44,900 square foot footprint and 102,530 rentable square feet within four stories. The borrower used the loan proceeds to purchase and perform renovations on the property. Upon acquiring the property, there were 78 units online, all of which are rented, 54 units that were currently down (the result of a fire), including 21 that were partially completed and 33 that were completely gutted to the studs. Part of Edgewood’s loan was used to complete the required renovations to bring all units to market. Edgewood’s loan was paid off in full by the borrower on August 2017.